MOVING STATION - SPACE FOR YOUR PROJECTS

Moving Station is a peculiar alternative scene for contemporary theater, dance and interdisciplinary artistic experiments, which since 2000 hosts artists from around the world. 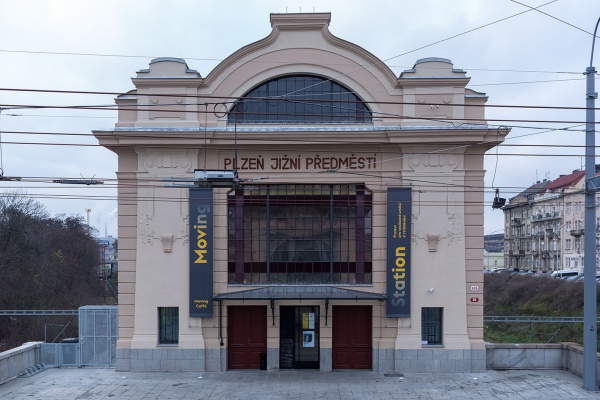 The space of the former railway station (Moving Station) has since its opening served as a studio for theatre makers (workshops, rehearsals and original projects), artists (exhibitions and workshop space) and musicians (recording and concerts). The building has become a birthplace of many original and successful projects that represent the independent culture of Plzen, in some cases also abroad.

Finished reconstruction has opened space for expansion of the collaborating artists, fostering new talent in the form of artistic residencies and develop new forms of dialogue with the audience and neighbors around our buildings.

The main tradition that is being developed in the railway station by the cultural-social center JOHAN are the creative workshops of site-specific and alternative theatre. The results of all the workshops have been presented to the public, either as a part of the „off-off“ program of the International festival Theatre or as a contribution to the cultural life during summer.  The workshops have been guided by well known theatre artists and perfomers from abroad: Stefanía Thors (Iceland), Sachio Takahashi,  Ryuzo Fukuhara (Japan),  Philipe Schenker (Switzerland), Dominik Houdard (France), with Junge Leute Theater Bayern (Germany), Ewa Woiciak and Tadeusz Januszewski (Poland). Some of the workshops where also lead by interesting personalities of the contemporary Czech independent theatre Roman Černík (ZČU Plzeň), Tomáš Žižka (DAMU Praha), Daniela Voráčková (Stage Code).